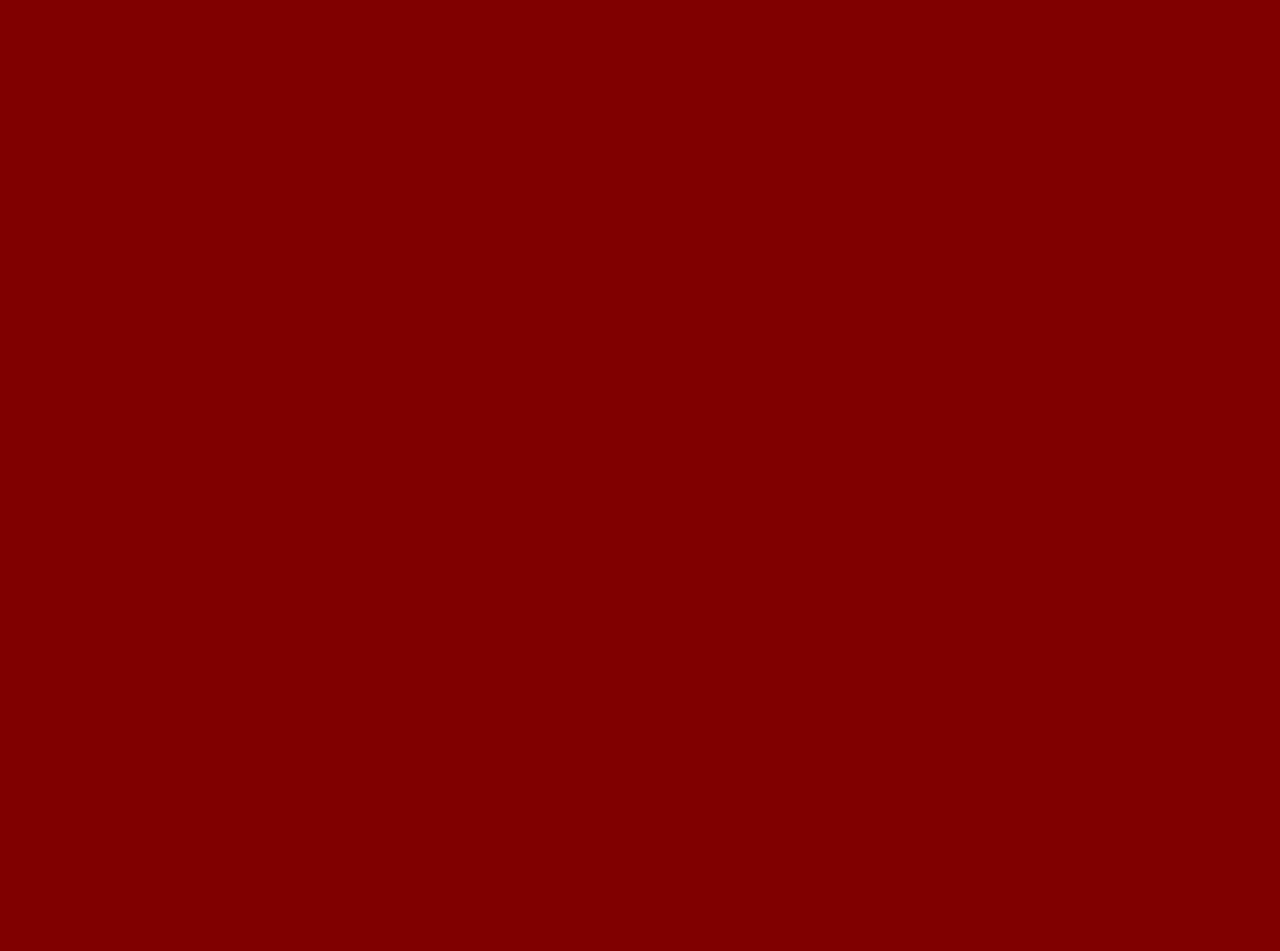 As long as you can look at the sky without fear, you will know that you are pure inside, and that, come what may, you will be happy again. (Anne Frank)

The Chinese PCRvirus pandemic begins its second phase, once the first objectives have been achieved: preventing another Trump mandate and plunging the Western world into a self-feeding spiral of ruin and totalitarianism. Now, the white West must completely lose its noblest surnames, «free» and «advanced.» Democracy, as we understood it when it was true, has ended to give way to a substitute, the stale popular democracy modernized as «progressive democracy». For titles and slogans be damned.

A pandemic of PCRvirus that now, by the hand of the traitors (paid, devotion or mystery), initiates in Europe the implementation of the liberticidal and ruinous policies of socialism, whether national or international, with absolutely no one opposing it. And this is what is truly novel. Because there have always been tyrants and collectivists.

The EU robs its servants called citizens of half of what they earn with their effort and talent in order, they say, to protect us under the protection of the welfare state which, as we have just seen according to its own statistics, has starred, with Spain at the shameful head, in a health and economic disaster unparalleled in the rest of the non-Western and non-white world. Because, and correct me for those who want to falsify statistical science, the correlation between «contagions, deaths, impoverishment and loss of rights and liberties» on the one hand and «race, political and economic system» on the other, gives the absolute winner to the white, western and ex-democratic world. It is as simple and enlightening as that for those who retain some of their own criteria and are not afraid to think in terms of denialist and conspiranoic heresy.

The EU has become the world champion of the New Dictatorship in exactly the same way as on all previous occasions, without varying even one single like, including the trick of calling itself «new». And it does it in such a crude and shameless way that it goes right into rudeness and insult for those who, and not so minority, resist the deception. The epidemic waves are controlled at will by simply raising or lowering the results of the PCRs, which are the virus and, with them, the level of destruction of freedoms, which is the business of the political masters, and of the economy in favor of the great fortunes and business conglomerates, which reap the benefit of the destruction caused by their political partners on the medium and small companies and the self-employed, inheriting the plethora of workers devalued by unemployment.

And it is in this EU, IV Reich in disguise, where the greatest democratic infamy since the defeat, or so we thought, of national and international socialism is going to be tested: The green anti-vid passport, the ariernachweis (Aryan certificate), the statute of purity of blood, the mark of the beast that will not be on the forehead but in the genetic code altered by the so-called vaccines and in the QR code stored in our cell phones. Marked, simply and shamefully, like cattle to be able to leave the stables and pens they have turned our cities and nations into, to allow us to work, to study… to marry. Exactly as in the Middle Ages happened with the serfs and their feudal lords. Exactly as in the socialist paradises… in the novels where people fantasized about the unimaginable that now, in just one year, becomes a reality.

And it is in this Vichy Europe, under the tutelage of a totalitarian power based in Brussels and directed from Berlin, that we should take note of the trial that has just taken place in a small Caribbean republic, specifically on the island of St. Vincent. A test of the political and social sustainability of an apartheid against the new inferior race: the non-affirmationists.

Without the slightest blush, the Prime Minister of that human laboratory declared on April 10, 2021 (it should go down in history), amidst Gebbelian tears, that only people vaccinated against covid-19 can be evacuated from the island of St. Vincent and be safe from the eruption of the La Soufrière volcano. Such a chilling statement was complemented by the slogan, lest there be any doubt as to what the matter is all about, that people who have not been vaccinated will have to do so and wait «one or two days» before boarding a boat. «If they choose to do so, it’s voluntary,» he added.

The event is a test to see if the most prosperous, informed, educated and free societies in the history of mankind, those that overcame with sweat, blood and tears the attempt to establish a genocidal totalitarian regime, the citizens of the democratic and mostly white Western world (the PCRvirus does make racial distinctions. See https://ozyesite.com/2020/11/29/bioterrorismo/), accept terror without the slightest opposition, as happened in Nazi Germany or communist Russia and China.

The apartheid that has already been legalized in Europe and that is going to be implemented, if a new Churchill of the real ones, not of rallying and Internet forum, does not emerge in the rest of the Western world, takes directly the fast track to the final solution, the extermination camp and the gulag.

In South Africa, racial segregation was implemented in a number of areas. In practice and in law, two superimposed states with different rights, standards of living and opportunities were instituted. Something similar happened in the USA. The international community, and a large part of the national community in the case of the USA, reacted increasingly actively against this situation in which some human beings were considered and treated as an inferior race. Today, that same international community not only ignores the terrifying precedent of taking apartheid to the point of selective genocide, but also fans the flame that will soon – does anyone doubt it? the bonfire will be lit in which the unvaccinated, those who do not have the new ariernachweis, the certificate of purity of blood, the green passport, will be left to die and not only, as they advocate so far, to the shame of their predecessors in office who fought against apartheid and racial discrimination, will be deprived of the same rights and freedoms as their fellow human affirmationist fellow human beings.

If the green passport means crossing a line of no return towards the apartheid of the new blacks, Jews or reactionaries, what has just happened in that tiny socio-political laboratory in the Caribbean means crossing the line of the final solution, of eugenic genocide. The same line that was crossed in Germany because the Germans decided to look the other way. But, soon, there will be no other side to look at but one’s own moral misery or one’s own misery of life, depending on whether we are of one race or another: vaccinated affirmationist or unvaccinated negationist. Before that, I, and I suppose many others, will become clones of Sir Winston Churchill and take up arms. Nobody locks me up in a confinement or extermination camp without me defending myself by every means at my disposal. Including violence. And that is the only answer to what is happening before worse things happen. Join together in resistance groups. It doesn’t matter if we think it will do any good or not. Defend our freedom and follow the example of Rosa Parks, Oskar Schlinder, Marcel Pinte, Henning von Tresckow, Ruby Bridges, Alexander Dubček, the unknown rebel of Tiananmen or, why not, Nelson Mandela, Mahatma Gandhi or Winston Churchill.

Exaggeration? it won’t go that far? are they just hoaxes? Exactly that was said in all those places where these and many other examples flourished, which should sink in shame all those who, enjoying a life of freedom and prosperity, gift of their ancestors or having lived what is a dictatorship (special memory for those who lived in the German Democratic Republic), collaborate enthusiastically in the institution of an apartheid regime, which we already know will derive in a criminal genocidal system, when they themselves are not the ones who implement it using the power that the unwary citizens, now necessary cooperators, granted them with their votes.

We are what is left of the «Allied» side. Let’s honor our heroes and save each other. A simple gesture, a woman sitting in a white (affirmationist/vaccinated) seat, or on a boat escaping death on an island ravaged by a volcano are enough to knock down the first brick in the wall that is now being rebuilt under the orders of those who, perhaps, should never have been liberated from totalitarianism… because they are totalitarianism.

A gesture, disobedience, denunciation. Freedom. True equality. That is what we defend against the others, the usual ones. The scum of Humanity. Humanity turned into its worst enemy. That despicable weeping puppet of the worst imaginable Caribbean announcing the final solution, the apotheosis of apartheid, the silence of the Germans before the Nazi terror, of the Russians before the communist terror or of all of us if we allow our leaders, transformed into leaders, to consume what has just begun.

I will be Rosa Parks, because I don’t want to be the neighbor of a new Anne Frank.